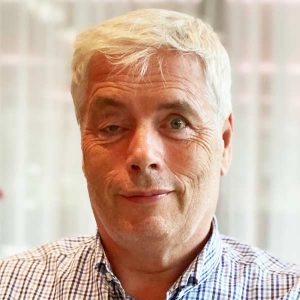 Professor Bill Roscoe is a co-founder of TBTL. He has worked at Oxford University throughout his career and has been a Full Professor since 1997. He is an internationally famous researcher across multiple areas of computer science including security, concurrency, fintech, blockchain and verification. He is known for his work on Hoare’s CSP, the model checker FDR, his early work on occam and the transputer, and on the design and verification of secure systems. His work has more than 15,000 citations. He held senior management positions in University College Oxford (Univ) and Oxford University 1993-2014 including 10 exceptionally successful years as head of the University’s Computer Science Department. He is now part time at Oxford.

He is the author of 3 books, about 200 academic papers and a large number of granted and pending patents, almost all in blockchain and security. He has supervised more than 30 doctorates at Oxford.

He is a Fellow of the Royal Academy of Engineering (FREng), and Academia Europaea, and is the recipient of several awards including (for his group) the Queen’s Award for Technological Achievement in 1990. He is on the steering committee of the World Internet Conference (WIC).