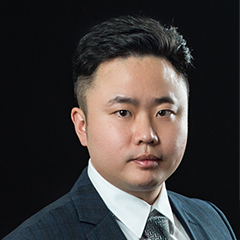 Feihu Song is the Chief Product Officer at TBTL. He was previously a senior architect and data analyst at Tencent. His research focuses on the application of blockchain technology in innovative areas of finance, new economic models, and government governance models, among others. He has successfully led and implemented several blockchain projects bearing the settlement scale over 1 billion pounds related to Smart City, RegTech, Fintech and Digital Healthcare, etc. He has ten years’ experience as a senior architect and during his service at Tencent and led the team to optimise the concurrent network architecture capacity from 10 million TPS to 1 trillion TPS. He also led Wechat’s red envelope network accelerating project during the Spring Festival Gala Event in 2014 and 2015.